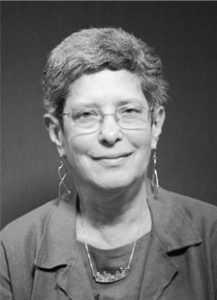 Dr. Marilyn Lishnoff Wind comes to the presidency of MERCAZ USA, the Zionist arm of the Conservative Movement, after a distinguished career in leadership capacities for MERCAZ USA and the larger Conservative Movement as well as in her professional career.  An active member of the MERCAZ Board of Directors, she has served at various times as the Membership and Committee Co-Chair, Treasurer and most recently Vice President and has attended several World Zionist Congresses and meetings of the World Zionist Organization’s Va’ad HaPoel.  For the 2015 Zionist Congress elections, she represented MERCAZ USA on the Area Election Committee and also co-chaired the MERCAZ/Conservative Movement Election Committee.  She has also sat on the American Zionist Movement Board as a MERCAZ USA representative for a number of years and currently serves on the AZM Cabinet and its Membership and Strategic Planning Committees.

Over the course of many years, Marilyn has held a number of leadership roles within the Conservative Movement.  A longtime resident of the greater Washington DC area, she has served twice as president of a Conservative synagogue, including as the founding president of Congregation Kol Shalom in Rockville, MD.  Both there and in her previous congregation, she was instrumental in introducing MERCAZ as a voluntary check-off item on the annual synagogue bill.  She has held positions in United Synagogue of Conservative Judaism (USCJ) both at the regional and international levels, including Chair of the Council of Regional Presidents, President of the Seaboard Region, International Vice President for Youth and Education, Chair of the International Youth Commission and Chair of the Teen Learning Committee.  She just finished serving her second five-year term as one of the five lay people appointed by United Synagogue who sit on the Committee of Jewish Law and Standards of the Rabbinical Assembly.

Marilyn is also the founder of the Sisterhood of her congregation and has served on the branch/region board of Women’s League for Conservative Judaism (WLCJ) in a variety of capacities, as well as on the international board of WLCJ.  In addition, she also serves on the Board of Masorti Olami and in 2011 received their “Service to the Nation” award.  In the larger Jewish community, she chaired the Board of Jewish Education of Greater Washington and currently serves on the Jewish Community Relations Council of Greater Washington and the Jewish Council for Public Affairs.

Marilyn holds a B.A. in Biology from Brandeis University and a Ph.D. in Pharmacology from New York University and worked at the Consumer Product Safety Commission (CPSC) for over 30 years.  While working at CPSC, she was the lead scientist on a number of projects, testifying before Congress, chairing interagency committees, and negotiating on behalf of the United States with other countries. Her professional roles honed her leadership, negotiating and consensus building skills.

Marilyn and her husband Gary have been married since June 1967.  They have two children, Rebecca and David.