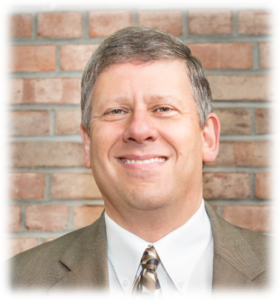 I like to compare our relationship with IsraeI to a romance which struggles to blossom into mature love. I remember well my first serious summertime Zionist romance. I was fed a steady diet of puppy love for Israel from the time that I was very young. Growing up in a religiously traditional and politically progressive home, I was taught to love Israel, but I didn’t know intimately or critically the Israel that I loved. This is comparable to young lovers’ infatuations with each other before they come to terms with each other’s imperfections. I had no mature sense of Israel’s complicated political baggage, save for the urgency of protecting Her from Her enemies and the firm conviction that she was Super Woman, physically and morally; in the early years of the euphoric afterglow of the Six Day War, and the later years of darkness surrounding the Yom Kippur War, that urgency and that conviction were really the only narratives about Israel that I learned.

My love was shoved in a more complicated direction when, at seventeen, I spent my first summer in Israel volunteering on a very secular Socialist-Zionist kibbutz. This was a most unlikely place for a religious boy from Queens, NY to be in, but it fit my family’s somewhat off -kilter style. Knowing how much Israel meant to us and recognizing the critical importance of young men cutting their umbilical cords, my father prevailed upon my mother to let me go that summer to volunteer with a friend who had family on the kibbutz. I spent that summer long ago exploring and developing a more grown-up Zionist love to replace my childlike adoration. Here is how that began.

One night, I had an argument with a young American oleh (immigrant) who was a member of the kibbutz, where discussions about Israel and the Palestinians were common. “Let the Palestinians have their state!” he yelled at me. “If they start a war with us, we’re strong enough to bomb the hell out of them.” No one I knew in 1979 was talking with such political candor, especially in the early years of the settler movement and following the UN’s repugnant 1975 resolution equating Zionism with racism. No one I knew in 1979 was really talking about Palestinians. My friend’s coarseness notwithstanding, he showed me a way of thinking and holding dialogue about Israel which I had not before considered. I began to comprehend that if Israel is strong enough to fight wars in self-defense, then She is strong enough to make peace; further, love for Israel and the Jews and passion for civil rights and peace are not contradictory, but two sides of the same coin. I spent the rest of that glorious, shaky summer working, hitch hiking, making friends, failing disastrously at actual teen romance then falling head over heels into more of it. Meanwhile my Zionist romance began to blossom from puppy love into an adult relationship, thoughtfully, if at times tensely, a love informed by realism and criticism.

For years since that summer of my first adult Zionist romance, I found myself repeatedly hovering in a kind of stasis – some would argue paralysis – over the center, when it came to Israel conversations. My love for Israel remains defensive and fierce, fueled by pride, history, security concerns and the echo of Auschwitz. It pushes against and is pushed back by hopefully constructive criticism of Israel’s behavior, which is fueled by Jewish and democratic values. This hovering can be exhausting, because remaining in the middle in a polarized community abounding in doctrinaire certainties demands tremendous energy. I worry at times that my centrist decision to not “decide” by not taking “either-or” stands is a cover for laziness or cowardice. Neutrality is a fine option until it neuters one’s ability to speak out against evil and stand up for what is right.

However, far from being an intellectual or moral vacuum, the center that continues to hold (to paraphrase WB Yeats) is what could force people at the extremes to move into that discomfort zone of honest dialogue. No romance successfully evolves from infatuation into a real relationship without love being constantly in tension with self-reflective criticism. In the case of Israel, without criticism, love for Her degenerates from loyalty into blind, sycophantic loyalism. Without love, criticism becomes window dressing for blind, vitriolic hatred against Her. This insight applies as well to how we speak to each other about Israel, or any topic which is potentially uncomfortable. In practical terms, love and loyalty demand that you take your lover’s or loved one’s side. Yet respectfully but honestly naming the unpleasant facts about your lover or loved one, should be its own act of loyalty and love as well.

I am an “old married man”, blessed and honored to be with my wife for thirty-seven years, this summer. We “old-marrieds” know that maintaining the balance between romantic love and critical honesty is what continues to strengthen relationships. Even more important, the ability to listen respectfully to one’s partner is the foundation of long term, balanced relationships. We diaspora Jews just entered the seventy-third year of our romance with the modern state of Israel, yet our marriage with Her is still quite complicated. One the one hand, the miracle of Israel as the Jewish homeland continues to captivate vast Jewish and non-Jewish populations worldwide, including late boomer Jews like me, even as, tragically, millennials distance themselves further and more stridently from Her. On the other hand, we watch in horror as Israeli politics continues to be mired in polarization, even to the point of the former prime minister courting at times racist, homophobic political parties like the Jewish Power party so he could cobble together a ruling coalition. (If and how the new coalition aims to deal with this polarization remains to be seen.) As a regional board member of Jewish National Fund USA, I’m amazed at what Israelis are doing to improve their own society and the world as true world leaders. As a non-Orthodox Jew, (one whose Israel/Palestine politics have moved left of center), I shudder when I think about how right wing religious and secular parties are eroding the country’s democracy while continuing to shut out pluralistic religious and political voices like those of the Masorti (Conservative) movement.

Yet, as an American Jewish Zionist and proud Conservative Jew, I don’t despair, because my romantic attachment to Israel has truly grown over many decades into real love, and you stand by your lover, imperfections and all.

Israel is blessedly challenged to have religious communities such as our Masorti movement in Her midst. I celebrate the achievements of Masorti-Israeli Conservative Judaism – that directly address with a grown-up, critical love, two of the Jewish state’s biggest issues: the lack of strong religious alternatives for Jewish Israelis to state sanctioned Orthodoxy and the overall lack of religious pluralism. It is not true that Israelis mostly don’t care about Judaism and are happy to leave the business of religion to the rabbinate and the Haredi – ultra-Orthodox – communities. As the rabbinate becomes more politicized, religious parties become more extreme, and the Haredi community becomes more insular and aggressive, Israeli Jews are becoming increasingly vocal that this is not the marriage of religion and state that they want.

Against way too many odds, our Masorti movement is working to build solid, modern religious community on the ground in Israel and to push the political and legislative agendas that will guard Israeli pluralism and democracy as well. It does this in its many kehillot kedoshot (sacred synagogue communities), its magnificent political arm, MERCAZ, its great mosdot Torah (centers of Torah study) the Conservative Yeshiva and Schechter Institutes, and the tireless work of its rabbis and educators.

Dan Ornstein is rabbi at Congregation Ohav Shalom in Albany, New York, rabbinic advisor to USCJ’s Northeast District, a Jewish day school teacher, and a writer. He is the author of Cain v. Abel: A Jewish Courtroom Drama (Jewish Publication Society 2020). This article is adapted from a d’var Torah presented in celebration of Yom Ha’atzmaut.