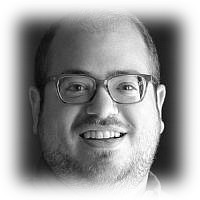 Founded in 2013, Masorti On Campus (MoC) is an organization dedicated to supporting Jewish student life on North American college campuses. Its mission is to anticipate and provide for the needs of traditional-egalitarian Jewish campus communities. Building on the 23 year legacy of KOACH, USCJ’s college outreach program, MoC was able to continue the important mission of supporting these communities across North America. Following the philosophy and precepts of Masorti/Conservative Judaism, MoC projects and programs help sustain and grow a vision of Judaism that is intellectually rooted, spiritually compelling, and emotionally satisfying. Ongoing campus partnerships provide current college students with opportunities to engage with one another, debate, question, and ultimately find a balance between Jewish tradition and modern life. 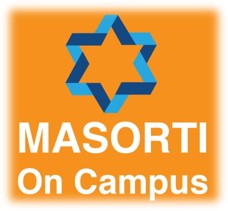 MoC was launched in the summer of 2013 as a grassroots, student-led movement. With the support of The Jewish Theological Seminary (JTS) and an anonymous grant. 2014 saw the introduction of an inaugural student leadership shabbaton (weekend retreat). The annual shabbaton is now our signature program, aimed at sharing best practices by bringing students together with skilled educators and professionals in the field.

The shabbatonim and local campus activities are critical to identifying, engaging, and developing the next generation of Masorti/Conservative Jewish leaders both during college and beyond. These programs ensure that students are knowledgeable of Jewish texts and practice, skilled in engagement or organizational best practices, inspired by the mission and vision of Masorti/Conservative Judaism, as well as connected to other like-minded leaders across North America, Israel and around the world.

In 2018, MoC entered into a fiscal partnership with MERCAZ USA, the Zionist organization of the Masorti/Conservative movement. Together we are working to foster strong pluralistic communities built on shared Jewish values, devotion to social justice, and dedication to community and Israel.

To this end, we are engaged in two new projects. The first is the development of a new cohort-based educational program to explore questions of Masorti/Conservative values, our relationship with Israel, and what it means to be a Zionist in the 21st century. The second is to capitalize on the reality that 1 in 4 members of our slate at the World Zionist Congress belong to Millennials (born 1981-1996) and Gen Z (born 1997-2012).

Our goal in the first project is to develop an impactful curriculum to educate teens and young adults on the issues of Zionism and antisemitism through the lens of Masorti/Conservaitve Judaism. We aim to provide all program graduates with the skills necessary to confidently articulate what it means to be a Jew in the 21st century, and how religious pluralism relates to Zionism and the State of Israel. Work on this project is also being supported by our global partners through MERCAZ Olami. We hope to launch our first pilots on college campuses for the fall 2021 semester.

In an effort to welcome Millennials and Gen Z into active leadership roles, work has begun on our second project to establish a joint advisory committee between MoC and MERCAZ USA with the intention of resetting the table. Too often young adults are caught between the competing interests of established institutions. One hand works to bring in new members and increase engagement in the programs and/or services they offer while the other hand there is resistance to change, or to innovation in content, style, etc. 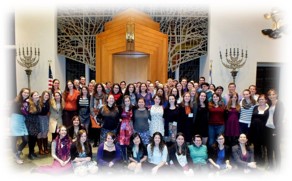 The mission of MERCAZ USA is to (1) further the cause for true religious pluralism in Israel, (2) strengthen the connection between, and (3) create engagement opportunities for, the people of Israel and Jews living in the Diaspora. My hope for this advisory committee is to take these three principles and generate substantive recommendations on how to achieve these goals for current and future generations.

Additionally, it is important to establish clear definitions for how to approach a number of topics through the lens of Masorti/Conservative Judaism, including but not limited to promoting Zionism, combating antisemitism, engaging with social justice movements within and without the Jewish community, and perhaps most importantly clearly articulating what it means to be a Masorti Zionist.

Utilizing the efficiency of small teams and a flat hierarchical structure, MoC and MERCAZ USA are perhaps uniquely positioned to both answer these complex questions and set the direction for the Masorti/Conservative Movement – at least in the United States.

Learn more about Masorti on Campus by visiting their website at masorticampus.org.

Eric Leiderman (@EricLeiderman) is a Deputy Member to the Zionist General Council, Founder & Creative Head at MASORTI X, President & Co-Founder of MASORTI On Campus (@MasortiCampus), and a board member of MERCAZ USA. Eric grew up in the New York Metropolitan Area, and has spent significant time in several North American Jewish communities as well as in Israel. He currently resides in Chicago, Illinois with his wife.